For Chris Dobbs, the opportunity to continuously learn is one of the most important things in life. Hailing from Cincinnati, he majored in classics at Miami (Ohio) University before eventually coming to Mizzou for his PhD. And although he loves studying ancient literature, he found that his obsession with learning steered him toward other academic areas. 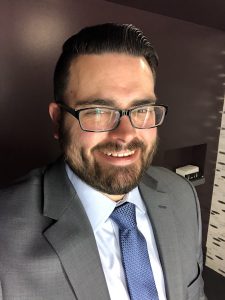 “I took a full-time job at the MU Learning Center, where I had already been tutoring as a student,” Dobbs says. “I’ve gotten to see every corner of the campus life.”

Now Dobbs is the primary course analytics and early alert specialist in the MU Connect Office, where he will be analyzing data to direct students, faculty and staff toward resources to improve success. He knows his experience as a student and staff member at Mizzou will give him varied perspectives.

“I was part of that academic support network,” Dobbs says. “When students needed a little boost, I was there to help. This helps me to take a step back from that and look at the whole network instead of just one piece.”

Dobbs is excited to learn about how Mizzou’s different departments work across campus, and he hopes to broaden his understanding about how schools, colleges and majors work with their students. He plans to investigate the granular details of how each department functions differently.

“I always try to learn from others’ successes and we have a huge amount of success here at Mizzou,” Dobbs says. “I’m excited to learn how they all operate because it’s always going to be different, but we do know that everyone at Mizzou works hard and is functioning well.”

One of the biggest lessons Dobbs has learned as a student and educator is being confident enough to ask for help. Whether that means analyzing a problem, clarifying a homework assignment or demystifying abbreviations used for data analysis, Dobbs reminds himself to ignore the embarrassment and ask.

When he’s not analyzing literature or data, Dobbs is often playing chess. He was a competitive player throughout high school and college, devoting thousands of hours to the game. And although he loves the competition, he also believes it has helped him professionally. 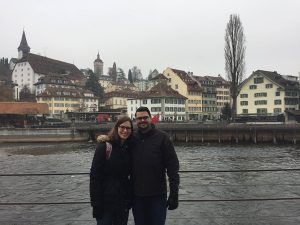 Chris Dobbs and his wife Lisa traveled to Lucerne, Switzerland, for the holidays in 2016.

“It’s really good for developing critical and strategic thinking, and analytical abilities,” Dobbs says. “I credit a lot of my success to chess, how it shaped the way that I think and my ability to stay calm under pressure when things aren’t going my way.”

Not unlike the chess board, Mizzou has become a home for Dobbs. It has become a place where he found out more about himself and discovered what made him happy in a professional position. He wants to continue his learning journey and help others on their own.